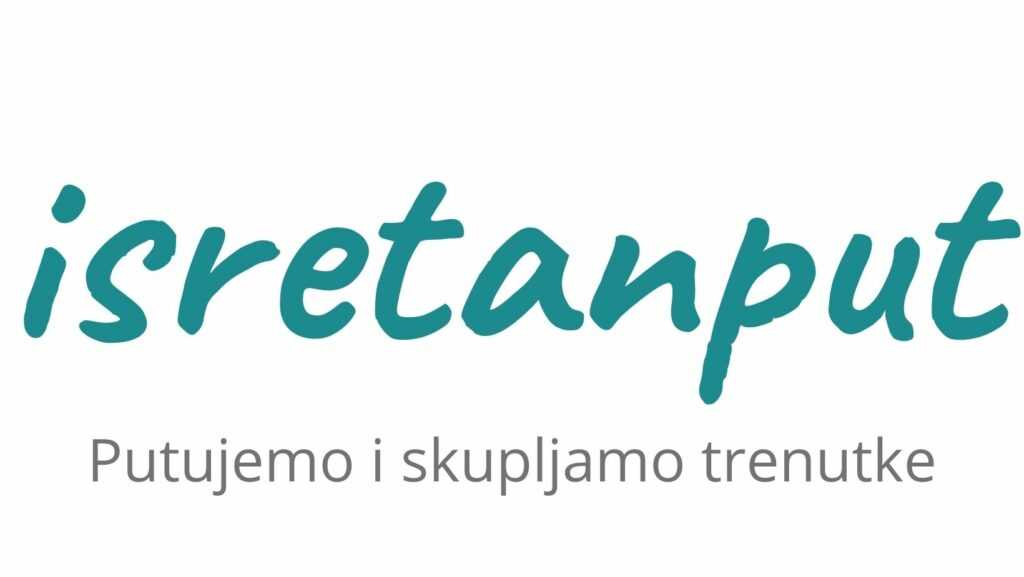 CROATIA, ISLAND OF BRAČ – THE SECRETS OF THE FANTASTIC BLACA DESERT

Unbelievable tales about two Glagolitic priests who built a monastery inside a boulder, produced the best wine, discovered an asteroid and two comets, where the school tuition was paid with a log, and 12 heroes drank 56 litres of wine in 8 hours while carrying a piano, and other stories.

This fantastic monastery, completely hidden from human view, guards well-kept secrets that had not been known for centuries and it has only been recently opened to the public.

Its rich and extremely strong economy lasted for a full 412 years, and fifteen hermit priests passed through it. They lived in complete peace, isolated far from the world, hedonistic, completely one with nature using every piece of the land where they could cultivate something, along with huge sheepfolds. They owned a library, a school, a printing press, practiced astronomy, music, traded with Venice, and prospered daily.

This monastery can fully be said to have been a rural state with its own democracy.

They elected their superior, who would later be confirmed by the bishop of Hvar. They were amazing people with even more amazing stories.

HOW IT ALL BEGAN

In 1551, two Glagolitic priests, Matija and Grgur from Poljica, fled from the Turks, looking for a safe place and accommodation where no one would find them.

They came to Nerežišće, the former capital of the island of Brač, and the priest sent them to Blaca.

Their first shelter was the Ljubovitica cave, which they fenced with stone, and later built a church in the boulder along a steep cliff and began building a monastery.

They cultivated the entire land in the canyon between two boulders, which was almost 2 km long. They planted vineyards and olive groves, fenced off the sheep section and made cheese, had numerous hives, and produced 3 tons of honey a year.

They traded with Venice where they sold these four products, and imported expensive furniture, books, clocks, and other valuables…

They were inherited on the principle of uncle-nephew, meaning when a priest dies, he is inherited by his nephew. This had been the case for four centuries.

SECRET OF THE BEST WINE

When priests sold wine in Venice, they always achieved the highest price because they had the best quality wine. The secret of this success was kept for centuries, only to be revealed after the death of the last priest.

Namely, since they did not use sugar at that time, they put their homemade honey in the wine, which gave it a special aroma which achieved such a price that they could carelessly buy everything they wanted.

Expensive furniture, a piano, a gramophone that still has a French Marseilles record on, big collection of books and clocks which are correct two times a day.

The printing press is interesting because the books and newspapers in the monastery were printed in the same letters as the first issues of “Slobodna Dalmacija”, one of the main Croatian newspapers, which just proves that the priests were ahead of their time and great visionaries.

The library contains over 11,000 books from the 16th and 17th centuries in five languages ​​and the priceless first edition of Dante’s “Divine Comedy”.

Over 150 clocks with scriptures of the dates when they were wound, and the cowardly clock from 1700 is considered one of the oldest in Croatia.

The priests kept records of everything that happened in the monastery in their private diaries.

There are numerous diaries on economic and agricultural affairs, the beginnings of flowering, harvesting time, climatic rhythms, income, expenses, etc. There are whole files on hives and bees, on splitting swarms and all the experiments that were done to get the best quality honey.

There was a school class in the monastery where 20 students were regularly educated.

These were children from the surrounding towns on Brač, most often the children of physical workers who worked for priests.

Instead of paying tuition, the students were obliged to pick up a firewood on their way to school and bring it to class. This kept the fire in the fireplace burning and paid for schooling.

The kitchen was the main room in the house and the fireplace is the oldest one on the island. The fire in it was extinguished only on Holy Thursday when the flame was blessed.

In the monastery pantry there is an interesting cave from which the priests got drinking water, which flowed from the boulder.

Oysters for olive oil, barns for grain, a flour mill, amphorae for oil, containers for collecting ashes with which they washed clothes. They made everything with their own hands, inventing many new inventions which helped them in everyday life, giving the impression that they are still there.

A PORTRAIT IS A CONTRACT

When the priests asked Venice in 1751 to return the Blaca monastery to their possession, they did not sign a handover agreement.

Instead, they made two portraits. On one is a Venetian doge, and on the other a Blaca priest and each is holding a business card of the other.

This is considered the only written trace of repossession.

Imagine what such a practice would look like today, to make a portrait instead of every signed contract?

When the nephew of the last Blaca priest Nikola stated that he wanted to play the piano, the priest did everything he could to fulfil his wish.

He bought a concert piano, but the problem was how he would bring such a huge instrument uphill on an extremely steep path.

He took 12 workers to carry it. Interestingly, until then, these heroes drank only water with vinegar thinking they were drinking wine.

Nikola told them that if they carried the piano, he would give them actual wine to drink.

It took eight hours to bring the instrument from the harbour Popova Vala to the monastery.

And the twelve workers drank 56 litres of wine and successfully completed the task.

The only question that remains is how they managed to bring the piano to the monastery while so inebriated because the instrument does not have a single scratch.

The workers who worked in Blaca were called heroes and there were 30 of them. They came from nearby places on the island of Brač. During high season there would be 150 heroes working in the monastery.

They worked for food and sleep, considering it honourable to work for priests and did not demand a salary.

The last Blaca priest and professor of astronomy is known for his collaboration with the American NASA.

He bought the Carll Zeiss telescope, the largest in the Balkans at the time.

He discovered an asteroid and two comets, corresponded with the whole world, collected many astronomy literature and he kept receiving astronomy books from Washington. He died in 1963 and the books kept arriving because, as it was later discovered, he paid a subscription for 100 years.

After his death, the Americans named the comet he discovered Brattia in his honour.

His nephew did not want to be a priest and he graduated from the Music Academy in Vienna.

Then the centuries-old tradition of inheritance on the principle of uncle-nephew ends.

He was succeeded by a housewife, and after her death by the Municipality of Brač.

Today, everything in the museum is preserved exactly as it was in the time of the last Blaca priest, which gives the impression he will be returning any second.

As the workers worked in sandals, such a custom was accepted by the Glagolitic priests, and they always wore sandals (opanci) on their feet. This irritated the Archbishop of Split, Stjepan Cosmi, so much that in 1688 he issued an order ordering Glagolitic priests “not to wear sandals during the Mass, but shoes”.

Probably it has grown into the well-known proverb “From sandals to shoes”, which is used for all those who pretend to be gentlemen but are not.

To make putting on the shoes easier, they invented a peculiar item in which they would place the shoe and then put it on, which could have been done either standing up or sitting down. It took a long time to discover what this peculiar wooden item was used for.

On the day of the Assumption 15.8. a big number of people is gathered here because the largest procession on the island is held here when the pilgrims climb from Popova Vala to the Blaca Monastery, along with songs and prayers.

The church is completely built in the stone, small but the appearance is impeccable. All the thresholds in the church were brought from Venice and this is the only church on the island for which the Brač stone was not used. What was it like to bring huge marble thresholds along a steep hill from Popova Vala, along two and a half kilometres of macadam?

TO THE DESERT ONLY ON FOOT

The desert can be reached from two directions, but always exclusively on foot.

Due to the great distance and difficult accessibility, the Blaca Desert Museum on Brač was never looted.

From a humble and small hermit’s cave grew a rich edifice, of magnificent history and discoveries, which took care of itself with an exceptional economy, one of the best developed at the time in Europe.

Because of its uniqueness and rich history, it is only a question of when this wonder will be declared a UNESCO World Heritage Site, as it has already been proposed as a perfect example of human history, culture, and the incredible achievements of such a small community.

If you want to be enchanted with the surprise factor, then be sure to visit the Blaca Desert.

We wish you a lot of travel, visit Pustinja Blaca and witness this miracle. 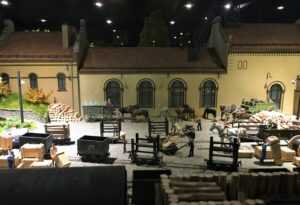 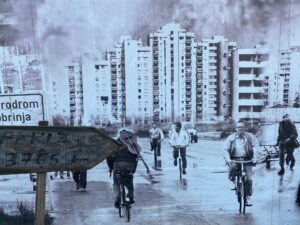 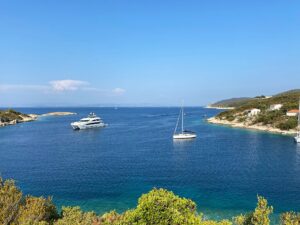 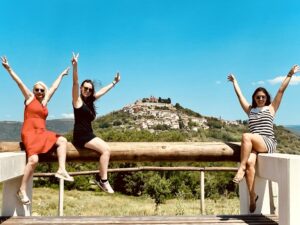 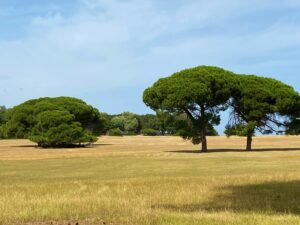 BRIJUNI – MAGICAL ISLANDS UNDER THE SUN 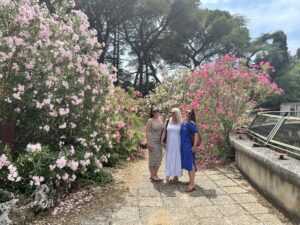 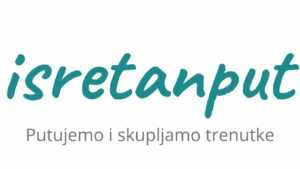